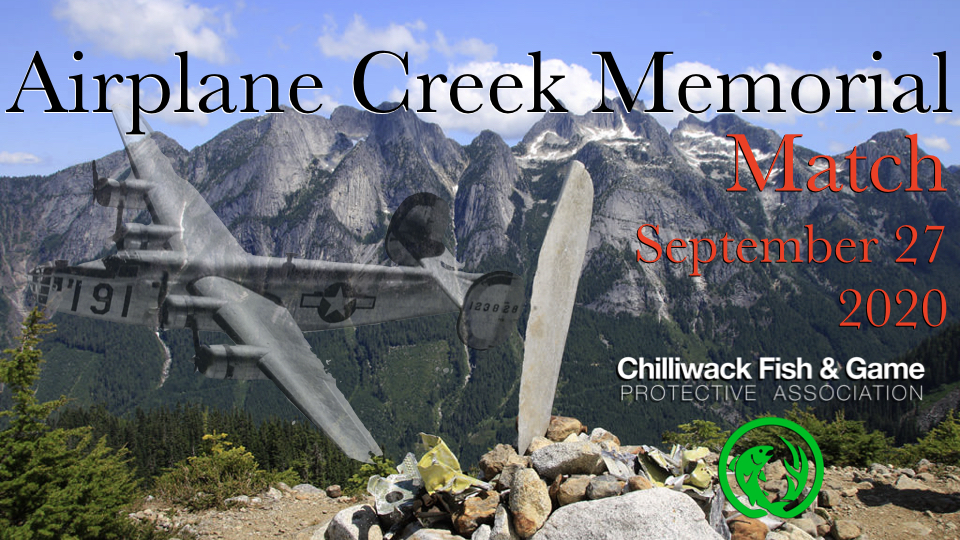 The Airplane Creek Match commemorates the flyers who lost their lives in the closing year of WWll when their plane went down on Mt Slesse during a training flight.
Their memorial is just across the road from the club in Thompson Park and the inaugural match was to raise funds to help pay for it.

The match is shot at the end of the shooting year and takes the form of a relaxed competition which pits people of all ability shooting either revolver or semi-automatic centerfire pistols in a test of speed and accuracy.

The match is based on the GSSF matches and is shot on the Tombstone target.
Any centre fire handgun ( no heavy magnum loads, wildcats or rifle cartridges – they damage the Steel)
All handguns will compete equally, semi-autos will be limited to 6 in the gun, 6+ revolvers may load to full capacity but may only fire 6 without reloading.
There will be no movement, all stages will be fired from the low ready from a marked shooting position.
Targets will be a mixture of knock down steel and paper.
There will be five stages with multiple runs at each stage, about 150 rounds.

Lot’s of fun, a nice trophy and draw prizes.

Hope to see you there